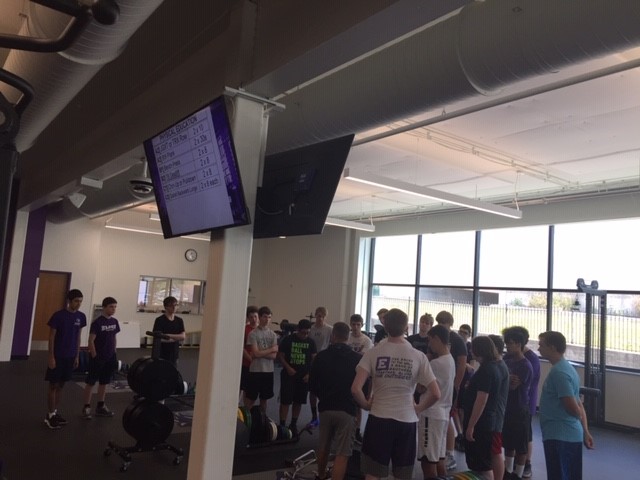 PFC is molding boys into men

Students give perspective on Fitness Center

Since the grand opening of the new Panther Fitness Center on June 29th, Elder students have been taking full advantage of the high end facility. With top-of-the-line equipment, a well trained staff, and a multitude of options for both experienced and inexperienced lifters, there is no question why students have been pouring in and out daily.

To get a glimpse of what student life has been like inside the walls of the new weight room, I sought out the perspectives of several students who have found themselves beefing up in the new “Tank”.

Adequate space in the new PFC has been a huge benefit to the students and athletes at Elder High School, allowing several sports to train at once.

When asked about the addition of this space Keyes replied, “The amount of space we have has been great for football, now that we can finally fit our entire team in there. We even had soccer with us which we would have never been able to do in the old weight room.”

Keyes, being one of the most frequent users of the weight room among the population here at Elder, has taken a special liking to the place and often refers to it as his second home.

“The equipment we have is the best you can get in any weight room across the country at any level. Coach has been showing me a new lift every week that we can do with our new equipment that we haven’t been able to do in the past,” said Keyes.

One thing that most students, including Keyes himself have enjoyed is the powerful AC put off by the new structure. Keyes told me that the AC has been great considering no one has passed out like last year in the Donahoe Center. No surprise there, for the combination of over 90+ students and a temperature of over 90 degrees had many dropping like flies.

After talking with some juniors about who they thought has most enjoyed his time pumping iron this year, their response was Joey “Stem Cell” Stemler. Stemler isn’t afraid to let the guns fly especially when reppin’ his cutoff shirt during football season. Also, his unique hulk-like strut is unmatched among his peers.

Some of his favorite lifts include: bench press, weighted chin-up, bicep, triceps, and squats.

Although Stem Cell claims his fame to those five lifts, I wanted to know who he’d bet on in a bench off between himself and Louisville football commit, Luke Kandra.

“I definitely would take Kandra, no doubt. The man can probably lift the whole school if he wanted to,” he replied.

When asked about the biggest changes he’s noticed, he stated: “The atmosphere is more intense and intimidating. There’s a lot more in the new weight room and I like that because you can do exercises more effectively.

From personal experience lifting with “Big Kel”, as Coach Muerkle calls him, I have noticed his love for the grit ‘n grind in the weight room. Kellen is no stranger to forearms, as he can often be seen staying a couple minutes extra to get his workout in with Coach Muerkle.

When asked how the weight room has allowed for more gainz to come about, he replied, “It gives us the chance to get after it with the boys and every lift has its own spot so we aren’t crammed anymore.”

Since stepping foot in the Panther Fitness Center, Kellen told me that he’s seen a great deal of growth in the Bi’s and Tri’s as well as in the quads. He said that he loves the lower body lifts, especially squat and trap bar deal lift.

Although I have no real proof of this, sources say this freshmen can throw some weight around. However, I have no doubts, considering the young frosh has quite the build for a first year lifter. Senior Mason Berger told me he even suffered an injury due to lifting…that could be proof of how heavy we are talking.

While many may think only students have been utilizing the Fitness Center, you’d be surprised by the number of teachers that have taken advantage of the facility. One of these faculty members includes second year teacher and Elder alum, Mr. Brown. Brown can be seen chucking some iron every Tuesday, Thursday, and Friday with the baseball guys. Sometimes repping the leggings underneath the shorts to give a more athletic look, Coach Brown never ceases to come dressed and prepared. There’s not a day you won’t find him doing some crazy stretch such as hanging from the chin-up bar doing body twists in mid-air, or laying in a pretzel fully sprawled out on the ground.

When asked how the new weight room has had an impact on him, he jokingly responded saying, “Have you seen my biceps lately?”

Classic answer from Brown there, however he ended on a more serious note: “One of the hardest things as a teacher and a coach is to find time to work out. The old weight room was always overcrowded and tough to get into. The size of the new place has given me the chance to take better care of my body more than I’ve ever been able to since high school.”

Throughout the first couple of months of action, the Fitness Center has certainly seen a good deal of usage. I’d expect nothing less in the future as we are very lucky to have a state-of-the-art facility such as it. 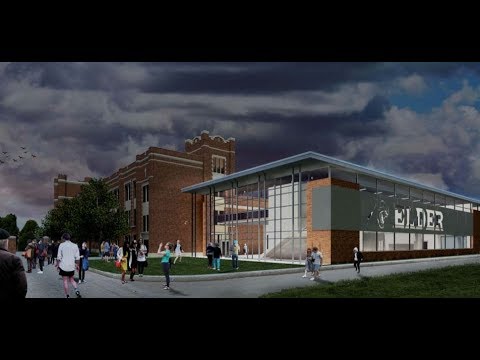 Gallery|6 Photos
Outside lights shine bright in the Fitness Center