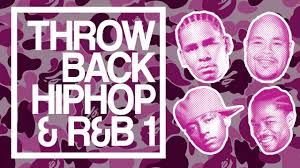 What were the best 5 songs while our generation was growing up?

Are you someone who loves old songs? Do you love hearing old songs that were popular when you were growing up? Do you think these old songs need to come back because they were so good? Well, that is how I see it.

I love old music, and I am going to express my top five old bangers that I listened to growing up. Read more to find out if you can relate to this article, and read my opinion!

This top five list is not in any certain order, but they are the best five tunes that most of us here at Elder remember listening to as young boys growing up.

To start off the list at number 5, one banger that has been forgotten is What Does the Fox Say by Ylvis. This song was the best, and most annoying thing growing up. The song came out in the year of 2013, and it went worldwide within days. I think the song was such a banger because it was catchy, and had a good vibe to it. It was one of those songs that everyone knew the words to, and it made you smile every time. Another big thing to me that made this song awesome was that it wasn’t even supposed to be a hit. The brothers were going to use the footage of the song on their show in Norway to prove what absolute failures they were in music business, and they ended up making millions off of the song.

Now we move onto number 4 on my top five list. My next banger that was a huge hit is the Cupid Shuffle by Bryson Bernard aka “Cupid.” This song just gets everyone going. It has such an upbeat happy mood to it, and it was a song that literally everyone danced to. I remember listening to it at every wedding and birthday in my family. It is the best party song ever, and peaked all of pop music in 2007. I miss songs like these, and think we need more of them in our current music generation.

Number 3 on my list came out in 2009. Yeah you might make fun of me for this one, but I could care less. This song is Party in the USA by Miley Cyrus. Yes, I did love this song, and yes, I still do. I mean I did grow up with three sisters, and was the only boy so maybe that’s why. Either way everyone knows the words and it is a great singing song to sing with your friends. This was before Miley Cyrus became weird, and she was an awesome artist at this time, and this was easily her best song of the 2000’s.

Now onto the second last of these hits! This song is one of my favorites, if not my most favorite on this entire list. In 2007, Soulja Boy released Crank That Soulja Boy. This song was just one of those that got everyone on their feet no matter the occasion, or situation. It was so fun, and still is to dance to this song, and it needs to be played more again. It was a hit as soon as he released it, and Soulja Boy is not a one hit wonder, but this song is so good that I think it was his peak. This is real rap no mumble like artists now a days are putting out there.

Last, but not least ending the list with a mix of rap, and hip hop of the 2000’s. The best old banger while my generation was growing up is Thrift Shop by Macklemore. You can literally go up to any kid in high school anywhere in the world and they will know this song. It was easily the best song to listen to when I was younger, and I just loved singing it. It was kind of a one hit wonder, but Macklemore honestly will not be able to top this work again.

These are easily the best old songs of our generation, and I also wanted to give Gangnam Style by Psy an honorable mention. This song was played so much when I was growing up, and everyone loved to dance to it. We need more songs like this in our generation, and enjoy reading my opinion on my favorites as a child. 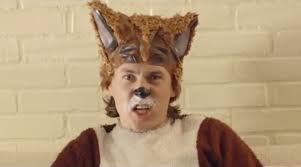