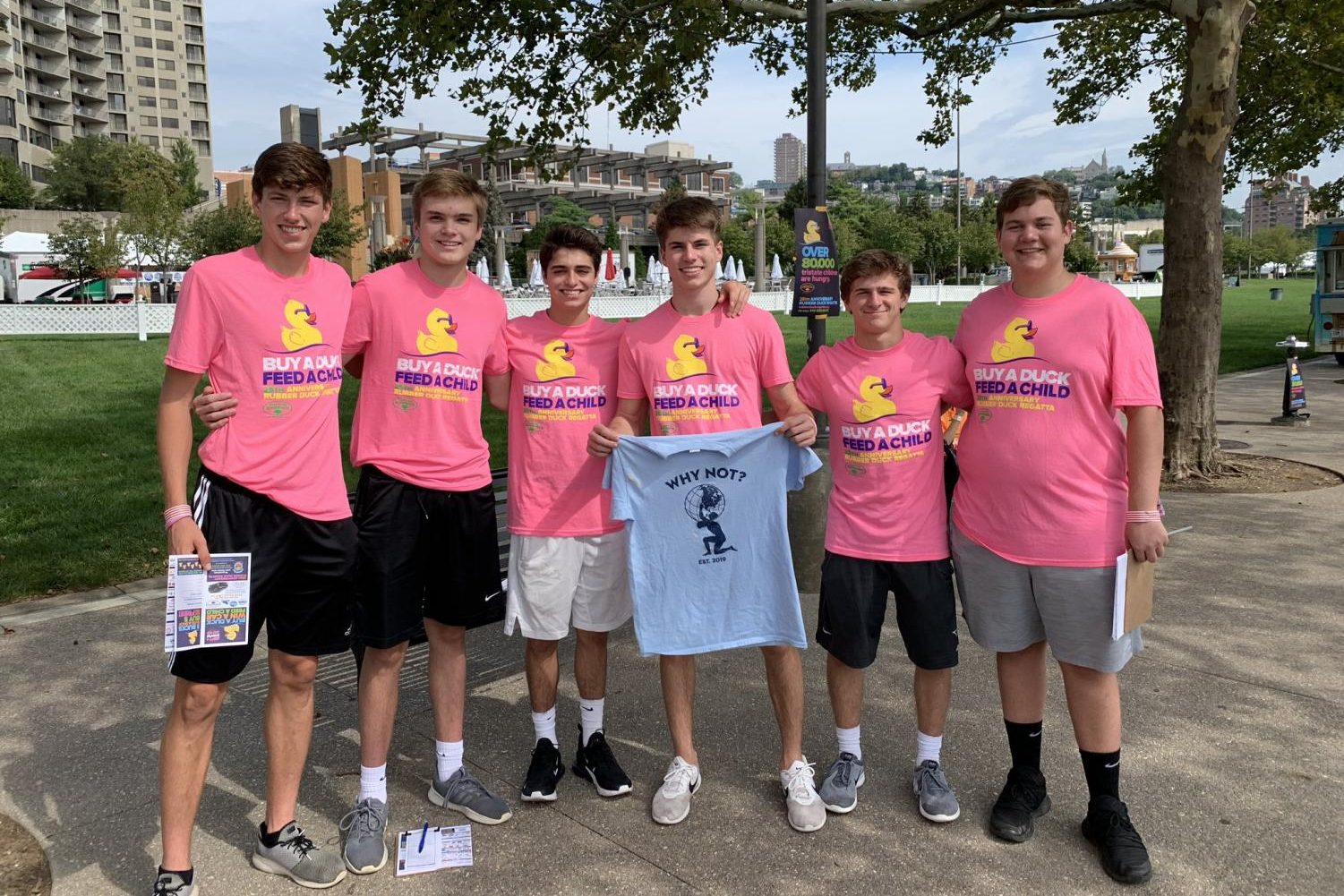 Why Not? Service Group serves as an example for all

Student-created service group is the perfect example of Altiora

The Why Not? Service Group has recently been very active in the community, which is a service group started by and ran by the students of Elder High School, specifically senior Aidan Corey. He, along with several other Elder students, have taken initiative on several service opportunities in the past few months alone.

Corey stated that his idea was inspired by the documentary 13th, which showcases the numerous struggles that minority races go through that cause a cycle of poverty and then confinement. “It kind of just gave me the idea to help anyone who has a disadvantage due to social or economic barriers,” said Corey.

He understands the situations that these people the group is helping are in, saying, “Many of them were put into this position because of poor choices that lead to – what I consider to be – unjust consequences.”

This was no one man show, however. Corey came up with the idea and got the ball rolling, but he told me that guys like Ryan Tressler and William Doepker were the main contributors to the creation of the group after the idea was put forth.

Aidan also gives some credit to Mr. Eisele, due to him bringing awareness of these issues to Aidan and other students. “The analysis of these situations that Mr. Eisele offered helped to spark this idea and narrow our goal.” Aidan said about Mr. Eisele’s contribution to the group.

As to spreading awareness of the group not only at Elder but across the city, Mr. Nugent and Dr. Wahlert have been two huge factors in developing the group’s image and displaying the work they’ve done so far, according to Corey.

The group has served a plethora of organizations across the city, some of them being Habitat for Humanity, Maslow’s Army, Freestore Foodbank, and others. Corey said that the group also plans to work with Matthew 25 Ministries in the future, as well as creating their own projects as a group.

Corey’s initial goals for the group were to get a few of his friends to join and to serve those who are at disadvantages socially or economically. “Our world often defines homeless people or those who are less fortunate as ‘deserving’ of that situation, but I don’t think this is a fair assessment at all.” said Corey about the barriers and stereotypes these people face.

While his plans may have been simple to start, they have only grown larger and larger as time goes on. “Obviously, my goals were exceeded because now we have more then 20 members (and counting).” stated Corey on the rapid growth and expansion of the group.

Group members have already experienced many rewarding service opportunities, and there is never any regret of serving for a group member. Ryan Tressler said, “When I volunteer, I like that the experience really expands my worldview and allows me to learn about and help the parts of out city that I don’t visit or know much about.”

William Doepker has also seen much value in doing service with the group. “One of the main lessons that I have come across while serving places around the community is that there is a real problem. When we go out to serve, we really see how much suffering our community endures.” said Doepker on his biggest takeaways from serving.

When we go out to serve, we really see how much suffering our community endures.”

The group will not stop in the near future or distant future. Corey explained his plans for the immediate and remote future of the group, stating how they plan on accumulating more hours on a bi-weekly basis, and how they want to develop their own projects that allow them to talk individually with those less fortunate once the Thanksgiving and Christmas seasons come along.

As for after the school year, the class of 2020 members plan on handing over the reigns of the group to the class of 2021 members. These members will be accepted based off of leadership and member applications.

The class of 2020 members do not plan on cancelling their association with the group, though. “Leaders of our current group now also plan to start the Why Not? chapter at their respective university.” stated Corey about the graduating members.

The group is always expanding, and accepts all who want to serve. “We want as many people to join because it not only benefits the people we are serving, but also us. We are able to see and learn from these experiences in our community,” said Doepker about anyone who has interest in the group. “We want this group to become big enough to where it lasts generations to come.”

Corey’s thoughts of the group’s service so far pertain to what the members have gained from it, more so than the actual service itself.

“I think the biggest takeaway is not just what we do means so much to those we are serving, but it means a ton to the students themselves. I have noticed that in the reflections I have had group members do after each event, the answers have gradually become more in-depth and reflective,” said Corey.

The effects on Corey and other group members have been growing as rapidly as the group is growing itself. Corey said, “Our work has had a meaningful effect on each individual member by developing their compassion for all life, no matter what the circumstances are of those they are helping.”

What started as an idea has turned into something that keeps growing as the days go by. The group has easily become one of the bright spots of Elder, and will be for years to come. This group embodies what it means to strive for the higher things, and is a perfect example of what is preached here on 3900 Vincent Avenue.

Aidan Corey and company may have started the next great tradition at Elder High School: the Why Not? Service Group. 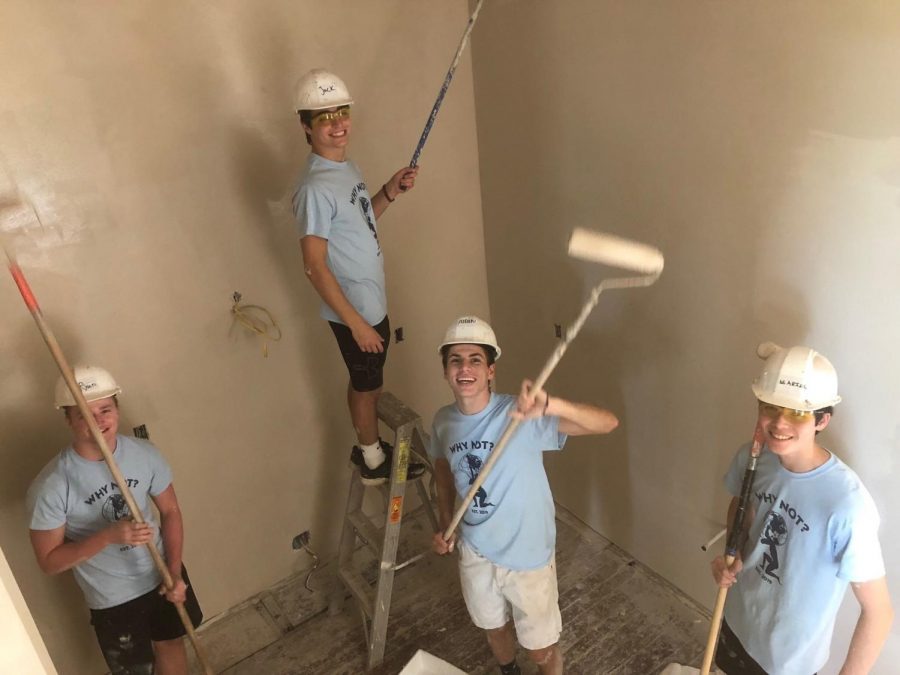