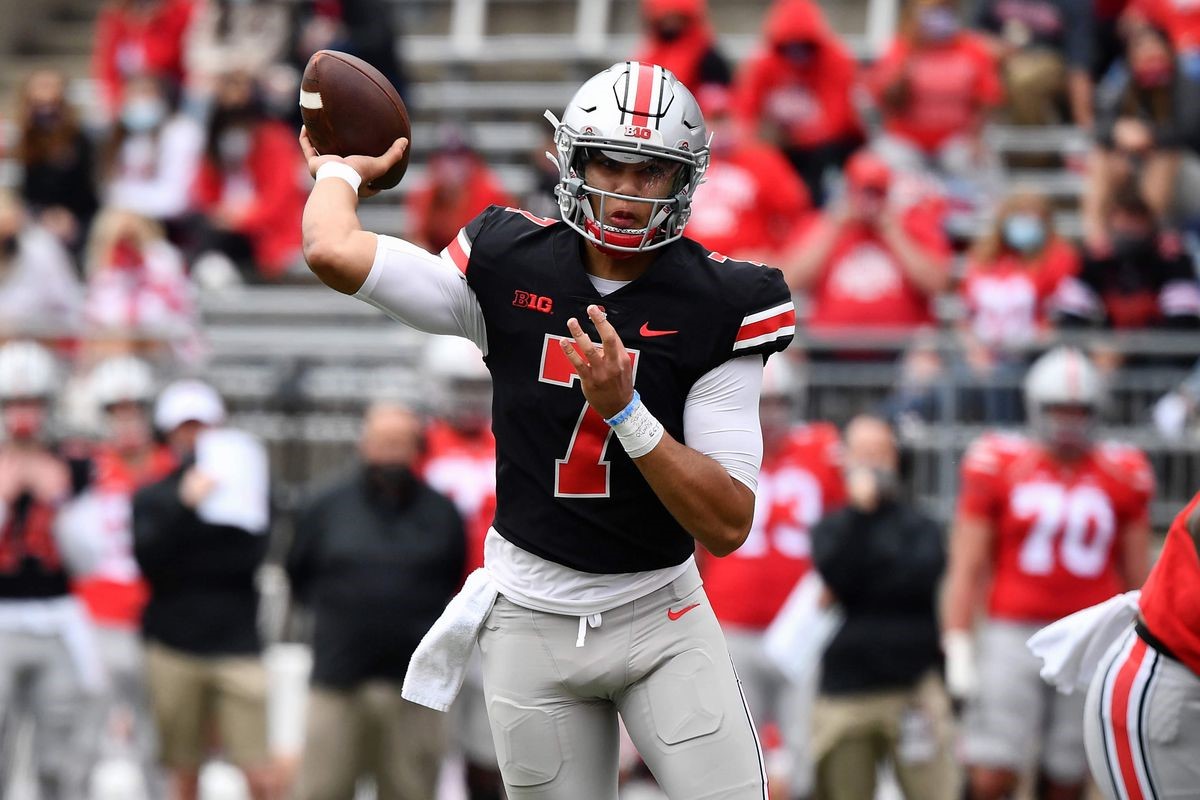 Despite a rough first two weeks, head coach Ryan Day is not ready to give up on CJ Stroud. (Land-Grant Holy Land)

Despite a rough first two weeks, head coach Ryan Day is not ready to give up on CJ Stroud.

Can Ohio State still compete for a title?

Before the 2021 season began, Ohio State was a team that was very likely to make the College Football Playoff if they went undefeated. However, a shaky week one win and a loss in week two proves that this team may not be as strong as we once thought. They have several players without much experience and a first year starting quarterback. However, this is still Ohio State football, so of course they were projected to be good.

The College Football Playoff system is unforgiving when it comes to regular season losses. Ohio State’s loss to Oregon could greatly affect the rest of their season, as well as their chances to make the playoff. If the season ended today, Ohio State would not make the playoff, as they are currently ranked number nine in the AP poll. Of the eight teams ranked ahead of the Buckeyes, seven of them are undefeated, the only exception being Clemson, who lost to the second ranked Georgia Bulldogs in week one.

Going into week two, Ohio State was ranked number three in the nation, with Oregon at number twelve. With this big win, Oregon has jumped all the way up to number four, only behind Alabama, Georgia, and Oklahoma. Oregon could realistically win the rest of their games, which would almost guarantee them a spot in the playoff.

For Ohio State to make it, they will likely have to rely on events that are out of their control. The best-case scenario for them right now is having either Iowa, Texas A&M, or Cincinnati lose a game so they could possibly jump ahead of them. Assuming Alabama, Georgia, and Oklahoma all go undefeated, Oregon would still stand in Ohio State’s way.

The rest of Ohio State’s schedule shouldn’t be that bad. Their biggest upcoming challenge will be facing number ten Penn State at home. I also would not be surprised if Indiana gives Ohio State a challenge, as the Buckeyes travel to Bloomington on October 23rd.

To have a legitimate chance to make the College Football Playoff, Ohio State will need to win the rest of their games. Some of these games, they should have no problem winning in dominant fashion. But some tests are ahead, such as Indiana and Penn State. But going 11-1 is still potentially a playoff-worthy record, if some of the teams ahead of them start to slow down.