Amazon is growing fast. Will their rate of growth impede on our daily lives? 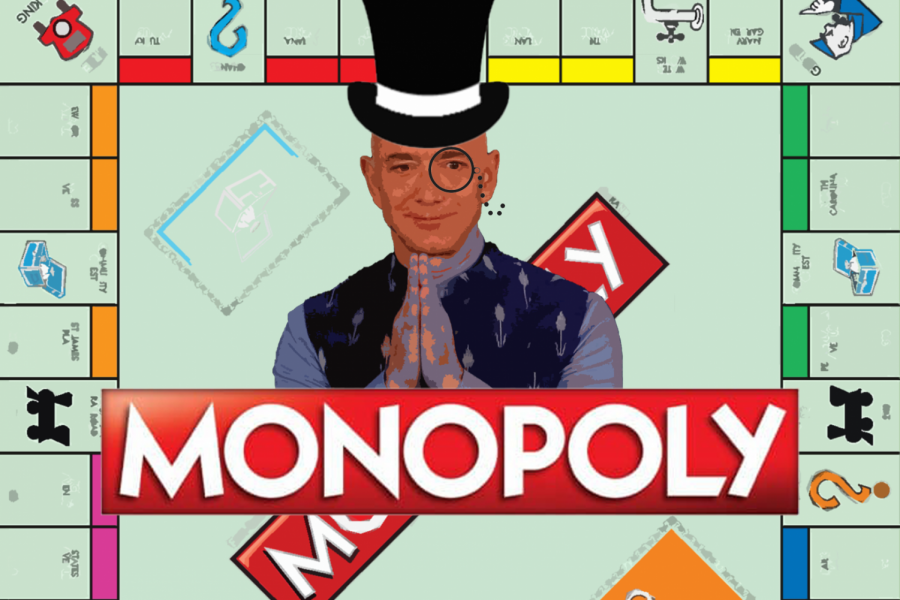 Amazon is scary. That’s right, I said it. The company that seems to have a monopoly on the world scares me, and here is why.

Amazon, at it’s inception was creative, inventive, and used the onset of the internet boom in the early 1990s to it’s advantage. Everything about Amazon was methodically thought out, as a good business is. The name Amazon was chosen because it was “exotic” and “different” but also because Amazon would be one of the first names to come up in an alphabetized search list.

The now tech giant started selling books. Why? Because books at the time were in constant need around the globe, and because books are relatively cheap to produce. Jeff Bezos the founder of Amazon began this little venture in his garage in Seattle, where his parents invested 250,000 dollars into the company.

The growth of Amazon can truly only be described as exponential. In October of 1995, just four months after the internet bookstore had opened, it announced itself to the public, and could now be publicly traded. By this time, the company was raking in more than 20,000 dollars in sales per week.

Things began to look grim for the young company at the beginning of the 2000s, however. With the burst of the “Dot Com bubble” many e-commerce stores were shut down, never to be seen again. Amazon was not producing enough money, causing the stockholders to complain, and potentially pull shares out in mass. Amazon still managed to muddle through, and saw profits increase ten-fold during the 2010s.

It is the 2010s that give Amazon the identity it has taken on today. The 2010s were an acquisition period for the company. In 2014, the company acquired Twitch, a video game streaming company. The acquisition was worth close to 970 million dollars. A mere three years later, Amazon acquired Whole Foods, a supermarket chain that boasts over 400 stores across the country. This acquisition came in at a whopping 13.4 billion dollars.

It is here that Amazon begins to scare me, and it should scare you too.

In May of 2017, New York Times Columnist Farhad Manjoo coined the term The Frightful Five, better known as Apple, Google, Microsoft, Amazon, and Facebook. These five

companies essentially have a oligopoly over the entire tech industry. While the other companies are scary in their own right, Amazon sticks out for a few major reasons.

Amazon has its hands in a lot of markets these days, even outside of the technology market.

I’d be remiss if I didn’t mention the terrible ways Amazon is said to treat a good portion of the people they employ. Amazon is said to have one of the highest turnover rates of any big employer in  the U.S. The company has gone so far as to offer cash packages to employees as an incentive to leave. Conditions in their warehouses and distribution centers is said to be less than savory. Injury rates among Amazon employees are higher than those at rival companies.

At the end of the day, Amazon is not a serious threat to your daily life – yet. However, Amazon is everywhere, and if we are not careful, It could rule us soon enough.